Taking Auguste Rodin’ sculpture “Monument to Balzac” as a point of departure, Austrian artist Stefan Klampfer experiments with the creative process of producing a concept for an exhibition. When he realizes that his initial idea of creating sculptures reminiscent of Balzac’s robe fails, he allows himself to dwell on the circumstances of having no artworks and an exceeded budget. Using the unfortunate circumstances to his benefit, he presents what he calls “empty sculptures” or crates, which in turn illuminates the art world’s fear of talking about failure and denial and also discusses the preconditions for producing artistic work. 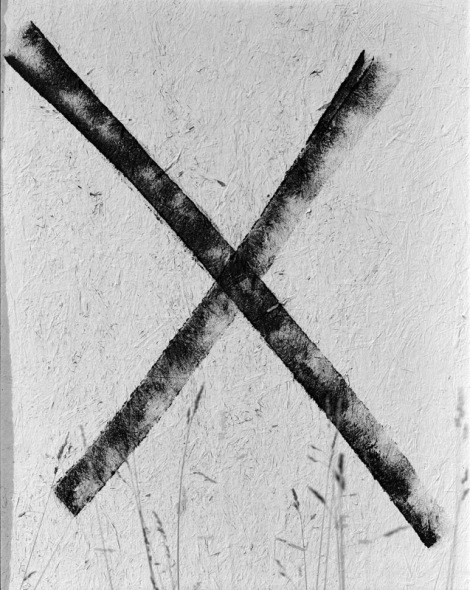 ”After two weeks of work I had finished two pieces. Although they turned out not too bad I had to say I was very unsure about their whole appearance and their meaning and where this was going. I had to face that this might be a dead end road – at least the way I was dealing with it so far. […] Building the boxes was somehow a transfer of the original idea of the „empty sculpture“ to a state that was more connected to my own situation and issues related to it.”

Stefan Klampfer (b. 1979, Kitzbühel) works with sculpture, photography, drawing and art in public space. He holds an MFA in sculpture from Academy of fine arts in Vienna, Austria (2013), where he also lives and works. http://www.stefanklampfer.com

When we enter the white cube of an exhibition space we only experience a tiny part of what happened. What we see seems definitive. What we normally don’t see is the process, the dead ends, the failures and the changes in plans that the artist might have struggled. In his exhibition Planer i endring Austrian Stefan Klampfer makes a topsy-turvy on the concept of the art exhibition. Instead of presenting a determined set of truths his work is exposing the vulnerable aspects of the artistic process in an open dialog that rather becomes a set of meta-reflections on the exhibition practice in itself.

As his starting point Klampfer chooses one of art history’s biggest failures and successes, August Rodin’s Monument to Balzac from 1898. Rodin was commissioned to make the monument and disappeared into 6 years of study and work. What started out as a portrait of a nude body ended up as an elimination of body, physicality and form in favour of a strong depiction of the writer’s psychological persona. The body of the writer is wrapped up in a dressing gown that symbolically blurs the body into a pure focus on his mind or spirit. The sculpture was a scandal in its time but has later been considered the first truly modern sculpture. What interests Klampfer is exactly this elimination of body and form – and especially he is drawn towards some of Rodin’s studies where the dressing gown literally stands as an empty shell – an empty sculpture open toward interpretation and signification.

During his process Klampfer is led astray. He is lost in a wilderness of dead ends and closed off doors. Just as you might say Rodin was during his 6 years of working with the problematics of a body and a dressing gown. In the end, Klampfer appropriates the same artistic approach as Rodin. Just as Rodin eliminates the body of his subject in order to create a portrait of the personality and mind of Balzac, you could say that Klampfer is eliminating the “body” of the classic exhibition with his own set of “empty sculptures”. Instead of an exhibition presenting the body or the materiality of sculpture, he aims at pointing out a number of considerations on the genealogy of the exhibition per se.

He lays bare his doubts, his questions, his failures – what is normally hidden underneath the smooth surface of the finished piece of art. As a mark of his failures he builds a series of empty crates or sculpture boxes out of discarded found wood. They are glued together, fragile and easily falling apart as a visualisation of his own process and of the construction of art. This emblematic emptiness points towards the emptiness of the art institution and the concept of the exhibition space as a white cube. But in a more productive field the emptiness of the sculptures indicates an openness towards the spectator, a gab for dialogue and new insight.

Planer i endring – or “change of plans” is on a pragmatic level exactly what happened for Klampfer as for many other artists during the history of art. What started out as a planned exhibition of Balzac’s empty dressing gown ended up as a meta-exhibition exposing subtle considerations on what art and exhibition is at all, and showing how art has a potential as being exactly a construction. Just like Rodin spent 6 years with physical processes exploring his subject, Klampfer has gone through a number of material experiments – building empty crates, observing his physical surroundings, documenting every sealed off door he meets and registering the traces of the glue his is using – in order to end up with his conceptual meta-reflections. Planer i endring is a conglomerate letting the emptiness, the negations, the rejections and the changes in direction and plans being the content in itself. Being led astray might also be productive.