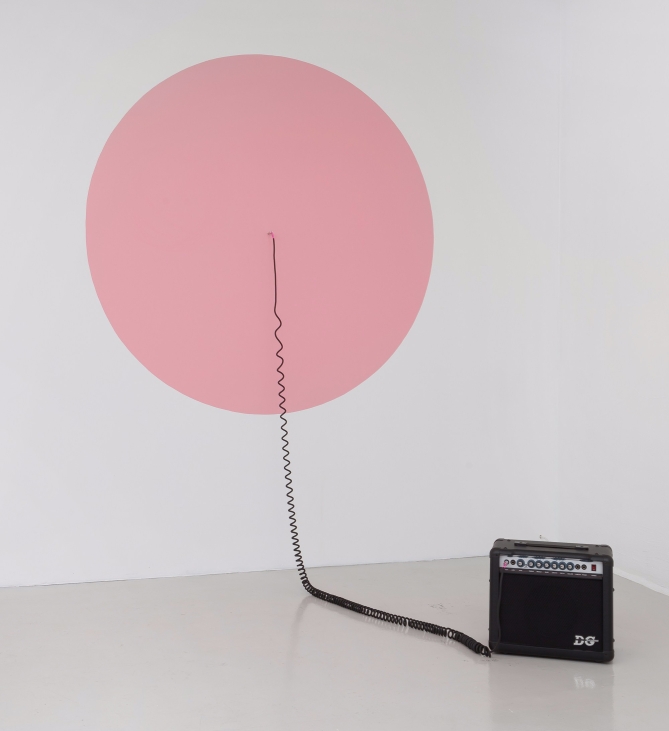 Welcome to the exhibition opening on Friday 3 May at. 19:00.

With the exhibition Dreams and Other Important Stuff, the artist Johan Urban Bergquist takes us into his universe of symbolism. The inspiration behind his works is, among other things, taken from alternative logic of dreams and facilitates free association. Mysticism, occultism and the supernatural are recurring themes in Bergquist’s artistic expression. Through detailed installations, Bergquist explores an alternative reality/state of mind with humor as an instrument. Bergquist also works with, among other things, noise music, artist books, drawing and sculpture, and often with several techniques in combination with each other. At Babel, Johan Urban Bergquist will do two performances (performed by his alter ego Count Pukebeard).

“Count Pukebeard is a rather strange and not always politically correct noise musician from within Never Never Land. The superego has lost control over Pukebeard and it is now the subconscious mind that controls his actions and choices. He is always flamboyant and often totally unpredictable. Count Pukebeard’s performances are improvised, non-linear and, at best, surrealistic.”

Johan Urban Bergquist lives and works in Oslo. He studied at the Academy of Fine Arts in Trondheim 1993-1997 and has since then exhibited broadly both in Norway and abroad. Dreams and Other Important Stuff is Bergquist’s first solo exhibition in Trondheim for many years. With the exhibition Dreams and Other Important Stuff Johan Urban Bergquist presents art related to years of processual dream work. Through drawings, writings, sound pieces and performance the Swedish-born, Oslo-based artist introduces audiences to new logics and alternative orders. When working with Alice in Wonderland during his years at Trondheim Academy of Fine Arts, entering the role of Alice became one gateway to the otherworldly universes he has been exploring ever since. Noting that his works have been criticised for not reacting to this world, he argues that they might actually do: “Alternatives are crucial these days” Bergquist states, when Babel catches up with the artist. Just returned from a biennale in Joshua Tree, California, where he was invited to perform as his alter-ego Count Pukebeard, jet lag has kicked in as we discuss poppies, lucid dreaming and nightly revelations.

“When monitoring your dreams for a long time, you get to know yourself in different ways than you do in waking life” Bergquist states. Although admitting that he’s been slacking a bit lately, documenting dreams has been routine to him for the last ten years. Not only as a morning procedure but having alarms waking him up in the night to write.“Dreams can be quite revealing, they offer an insight to yourself, even when they’re strange and weirdly connected. I try not to do too much Freud, that’s not my goal. But even without analysing, dreams help me, help us all I think, to go further. They help me solve problems, especially related to my art. When I have an exhibition coming up and a specific issue I don’t know how to approach, I sometimes wake up with the solution. I go to the studio and do it, it’s really that practical. I dreamed it and it worked. When you sleep, things connect in ways they don’t when you’re awake.”
To Bergquist, writing down dreams has been a way to remember and consciously work with them, as well as a tool to reach the state of lucid dreaming. “Some people can do it naturally, but I am not one of those. It took me years of work till I got my first lucid dream, so when I first did.. I woke up and it felt like a kick in the head. It was the weirdest trip without drugs. It just took away every bond to daily life, every bond to Earth.” Although stating that lucid dreaming was a fantastic thing to find out about and explore, it was more severe events that initiated the interest. “I was always fascinated by dreams, but it really leaped in 2007 when I got a blood poisoning” Bergquist explains. “The numbers were against me, my whole system was infected. The doctors put me down and I was asleep for two weeks. I obviously don’t recall anything from it, but the three-four days when they gradually turned down the sedatives to wake me up, the craziest things happened in my head. The dreams were so vivid, so intense, I thought I would never forget a single detail of them. That was where it all began.” It was also after this incident the poppy, source to the narcotic drug and a recurring figure in Bergquist’s work, was introduced. “Every since then I’ve been drawing poppies and growing poppies. It was the morphine cocktail that put me down and woke me up. It added to the vividness of the pictures in my head, as well as it was part of saving my life.”

As opposed to the writings Bergquist’s notebook drawings are not direct documentation of dreams. By redrawing old illustrations and combining them with his own sketches, he put things together that don’t necessarily belong. It becomes unsmooth meetings creating new logics, new meanings, not unlike the actual process of dreams. With a part-time job at a recycling centre the illustrations mostly come from old medical books and religious works found in the trash. Emphasising that he doesn’t usually make it a point, most of the things Bergquist uses in his art are found in the garbage. “The amplifiers, the mixers, the sound toys I tweak, the clothes I wear. I like to reuse and repurpose things, I think it is a good principle and life principle. It’s also a way to react to reality and not only being in the dream bubble. It’s kind of a way to do my part in the world, letting my art be part of a recycling process.”

It was also a coincidental find in the trash (“there are no coincidences, that’s one of my credos in life” Bergquist later notes) that partly gave birth to the character Count Pukebeard. “I found the gas mask, I took off the filter and realised, ‘wait I have a long beard and there’s a hole here’. I had all these old radios, instruments and amplifiers that I had found and it just fell into place with the mask. It just happened, there was no thought” he says. “I reach another state in that mask, I go out of myself and into him. It takes a couple of minutes where I tweak the noises, it’s loud and that adds to it for me, for the audiences as well maybe. And then, when I breathe inside the mask, it gets foggy. The audience disappears and I go into this bubble where I am just him, or he is just me, inside the mask. After the show, when I’m out of the clothes again, I don’t remember any details of it. It’s like a trance.” Another circumstance that has made the existence of Count Pukebeard possible has, in Bergquist’s own words, to do with ‘getting older and freeing my head’. “That’s what turning 50 has done to me” he states. “I’ve always wanted to do performance, but never felt I could do it until now. I haven’t had that much fun in years as with these performances, it’s an adrenalin kick. When I look at the Count today, he’s a really dreamy guy and in a state of alternative reality. Creating this persona was never my intention, it just happened, as stuff often do when you work with art.”
Asked how he would like audiences to approach the upcoming exhibition at Babel the answer comes without hesitation. “With an open mind. It’s part of my art, that things don’t have to make sense. I have no answers. I have some questions maybe, but no answers, that’s not my thing. There’s too much of that already, too much overanalysing. In my opinion, art often gets too political, too obvious. If you really just want to send a message to me, why art then? Often that message just passes by me. One of the things that make good art, interesting art, is that it doesn’t give you an answer. Open-mindedness is the most important thing when going to an art exhibition. At least it is when you come to mine.” 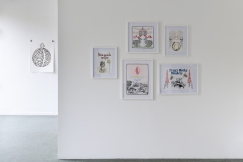 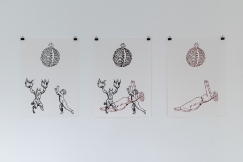 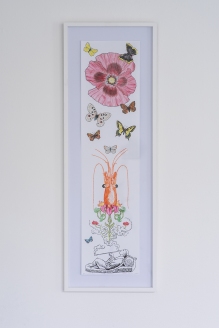 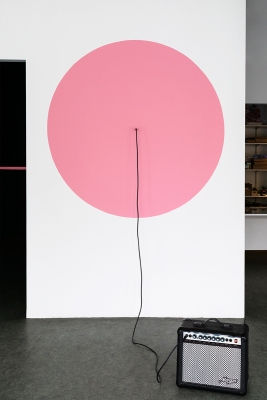 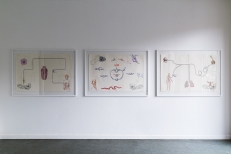 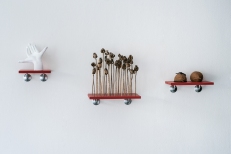